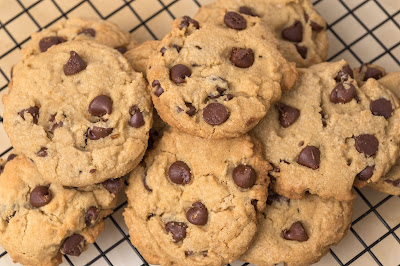 I recently found some photos I scanned from slides a while back. These were taken in Ocean City, NJ. I'm pretty sure it was 1959, but not positive because there were no dates on the slides.

It must have been a chilly spring day. My Dad took my brother, Bob and I to Ocean City for the day, probably to check on our house and hang out a bit at the beach.

57th Street Beach. The photos are not great, but they show some of the houses on Central Ave. This swing set was next to a pavilion I think it may have been right at 58th street. 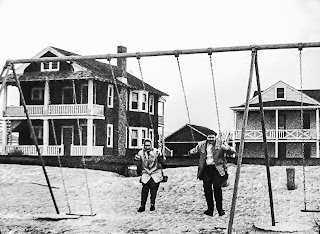 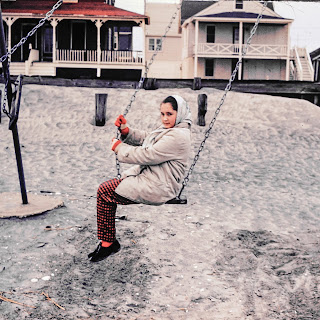 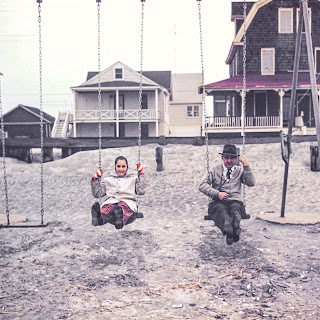 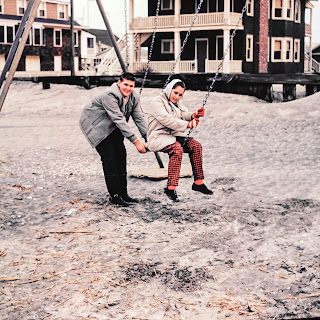 I spent 2 wonderful days at this beach in the Summer of 2018. So wish I had taken some photos with the same view looking back at the houses. There is actually a swing set at the back of the beach. But it does not have those awesome wooden seats that let you swing sideways so easily. 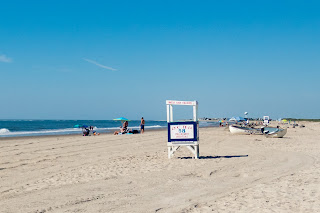 One of the pictures shows me near the Rock Pile at 60th street. Loved climbing on it. The fishing pier is in background. 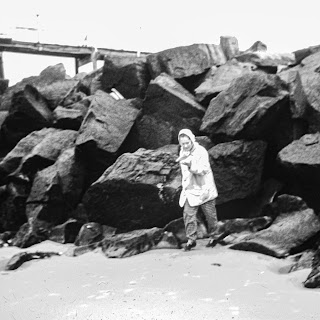 Here’s a photo taken in 2018. Yes, that’s the rock pile. Ocean City recently had a beach restoration and the entire rock pile was covered by sand. This photo shows the rock pile is slowly appearing again. Mother Nature will bring that rock pile back again after a major storm... 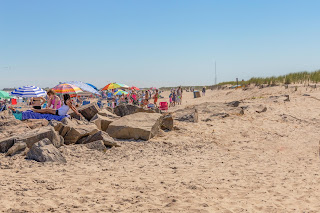 We also drove out 55th street to the place where my Dad used to launch his little fishing boat in the summer. The name Pettits was written on some of the slides, and I have a vague memory that Pettits was the name of the little marina. The photos show some buildings in not very good shape, and the piers are looking pretty unsteady. This might have been after a storm. 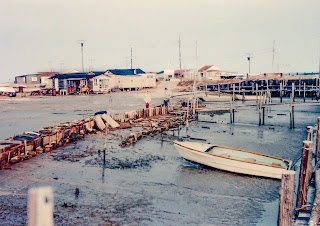 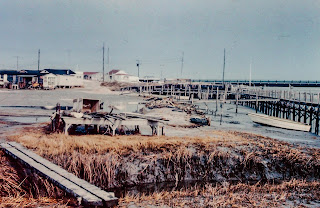 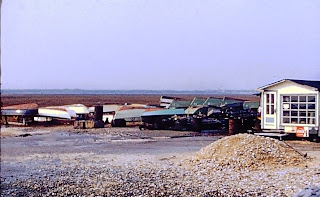 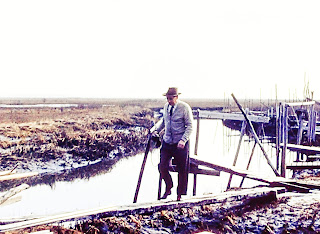 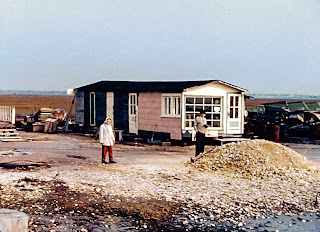 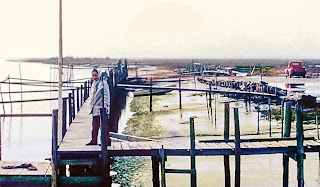 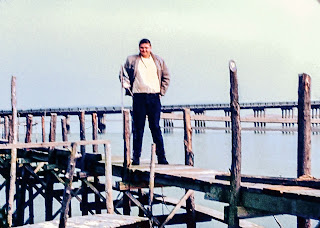 Here’s a photo of the same place I took in 2017 when I visited for a short time. It’s now a very pretty peaceful place. It's hard to imagine it was once a rickety small marina to launch boats. This area is not part of Corson's State Park. The main part of the State Park is on the other side of the bridge shown in the above photo with my brother Bob. 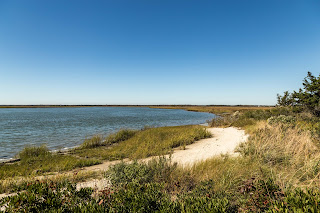 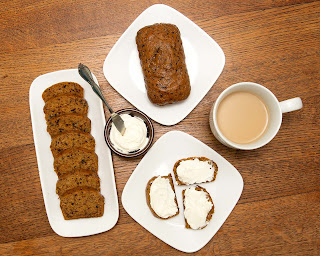